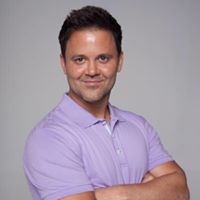 Kenny son Eric was born September 30, 1975. Kenny was a single parent getting custody of Eric when he was only two years old. Kenny was concerned about the peer pressure from children because when he was younger himself he got into much trouble by associating with less than desirable children. Kenny set out to spend much time with his son whom he loves so much and wanted to share a vision with him. 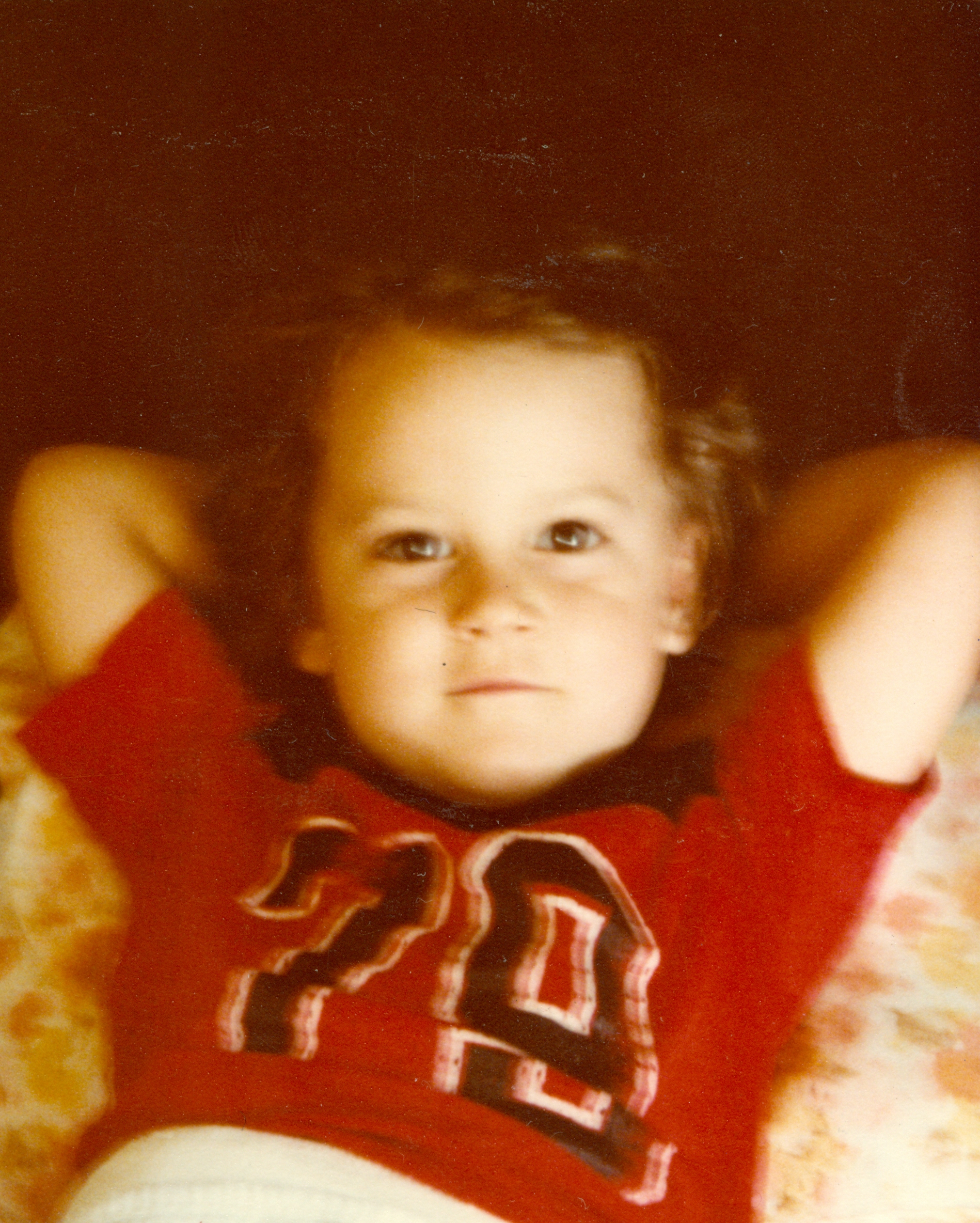 Kenny wanted Eric to learn from a young age and avoid the mistakes Kenny made.

So he devised a plan to help him learn. As an example, Kenny taught Eric how to count to one quadrillion when he was only three years old. He first taught Eric to count to 10 and then unexpectedly when he got to 11, 12, 13, Eric started crying saying that it was too hard. Kenny then switched strategies and started asking what number was before and after other numbers. For example, he would ask Eric what was before three and Eric would reply “two.” Kenny would then ask what is after seven and Eric would reply “eight.”

When Kenny ask Eric what was after 999,999,999,999,999, Eric did not know the answer and Kenny told him “one quadrillion.” Eric stated that “that’s a big number huh?” In this manner, Kenny uses innovative methods to teach his son about a variety of subjects and interests him in a passion to learn.

At age 3 Kenny told Eric how to ride a two wheel bicycle. The problem was that Eric was so small that there were no bicycles that would fit him. It was after six or seven stores that we found Montgomery Ward had a tiny bicycle that if we remove the bar that Eric could possibly learn to write it. Kenny wondered what are the components someone must need to learn to ride a bicycle. He determined that balance, strength and coordination were the central elements and told Eric to stand on one leg and hold his arms out and close his eyes and attempt to learn to balance on one leg. Additionally, Kenny left the seat off of Eric’s bicycle so that he would have a lower center of gravity trying to ride the bicycle. Eric started crying when Kenny was putting the training wheels on the bicycle. Kenny told Eric that he had to have the training wheels because he did not know how to balance yet.

Kenny and Eric lived on a cul-de-sac so Kenny told Eric to stay on the sidewalk that if he got on the street he would disassemble the bicycle and put it in the attic. On the eighth they Eric showed Kenny that he can stand on one leg with his eyes close and balance. Kenny then raised the training wheels up about 3 1/2 to 4 inches on each side and the bicycle would lean over severely. Eric started crying and Kenny calmed him down and said that the bike would lean left and right and that he could pull the handle bars each direction and sooner or later he would find the “balance spot”. Eric smiled and was going up and down the sidewalks on the bicycle left and right. On the 11th day Eric came in and said “daddy, you can take the training wheels off” Kenny queried as to how he knew this? Eric replied that the training wheels never touched the ground anymore. So Kenny took the training wheels off and is got his camera went out and snapped the picture of Eric riding without the training wheels. 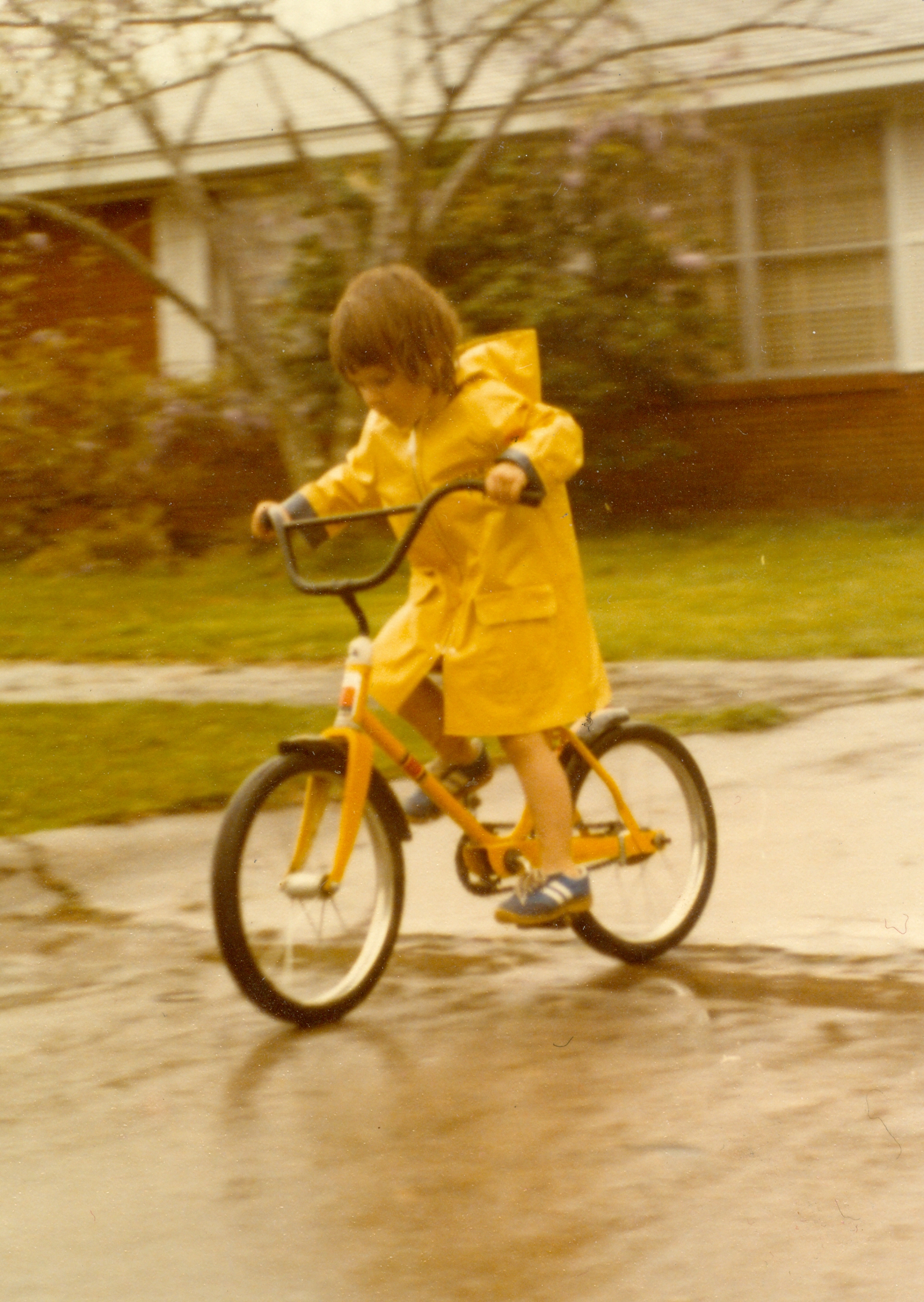 Kenny used to race motocross and one day when Eric was 3 years old, he went with Kenny to a motorcycle shop and there he saw a tiny motorcycle made for eight or nine-year-olds. Kenny had to drag him out of the motorcycle shop and there was crying and protesting that he wanted a motorcycle. Kenny told him that he could not even ride a bicycle and that Eric asked if he would make a deal that if we learn to ride a bicycle would he get Eric a motorcycle? Kenny thought in a few years when Eric was six or seven and learned how to ride a bicycle that he would have forgotten all about the motorcycle. But as fate would have it Eric pestered Kenny until he got the bicycle and he learned how to ride it. Then Kenny held Eric off until he was five years old and then built him a custom motocross race bike from a stock Suzuki JR 50. Eric won 8th place in the Texas state motocross championships eight and under age division. This qualified him for nationals where he raced in the Astrodome at age 5. When Eric was nine years old Kenny got him a Honda CR 60. 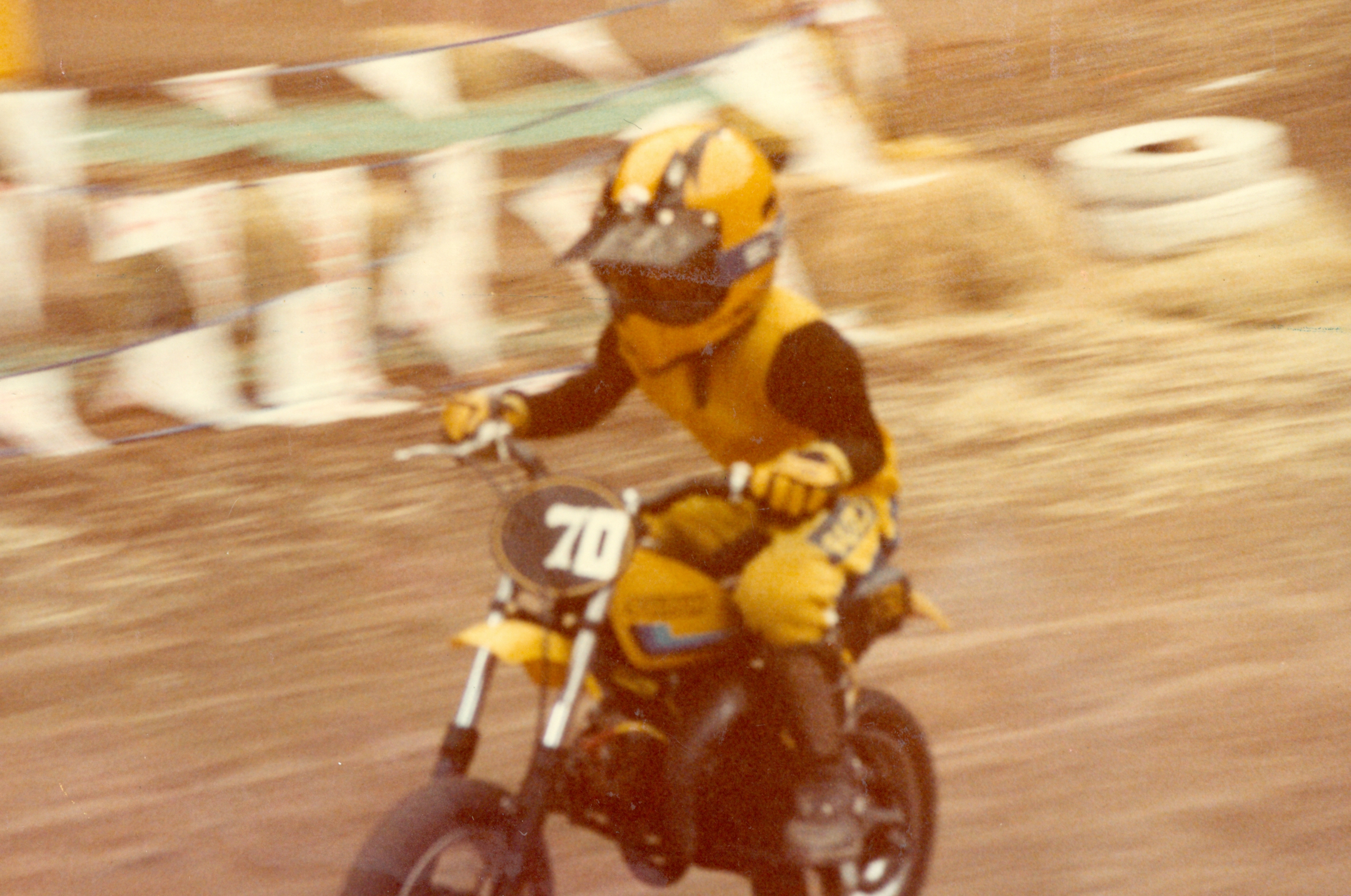 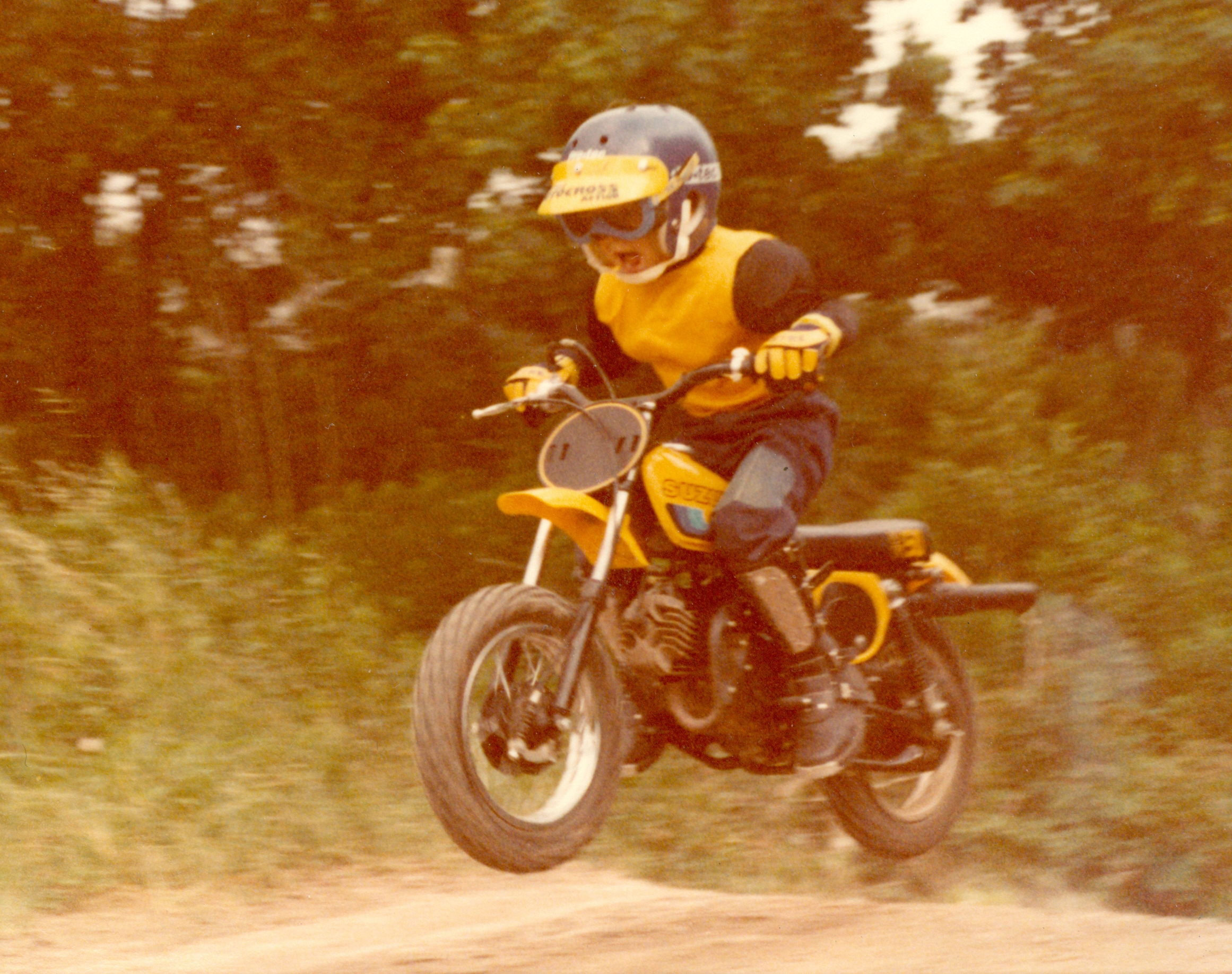 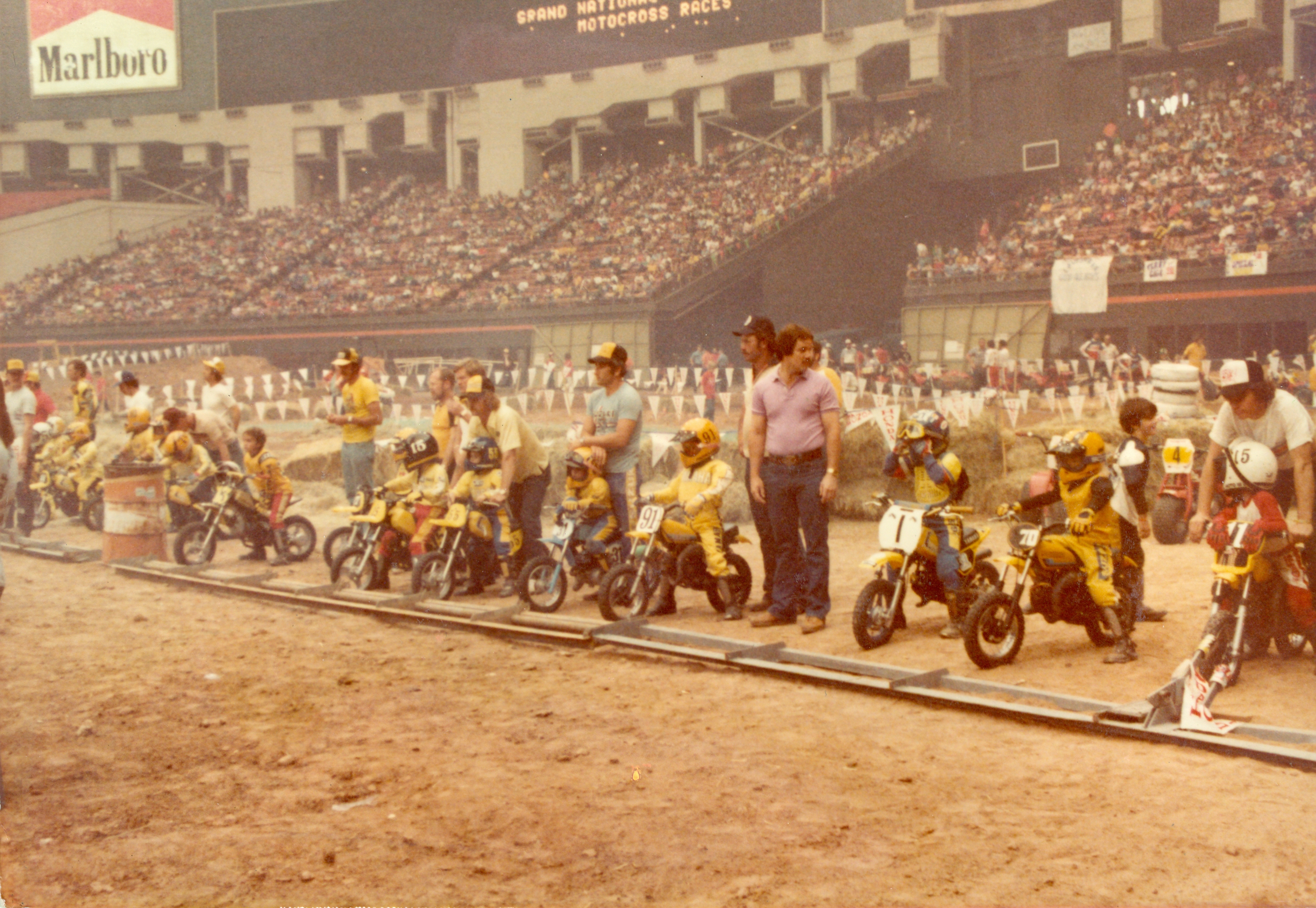 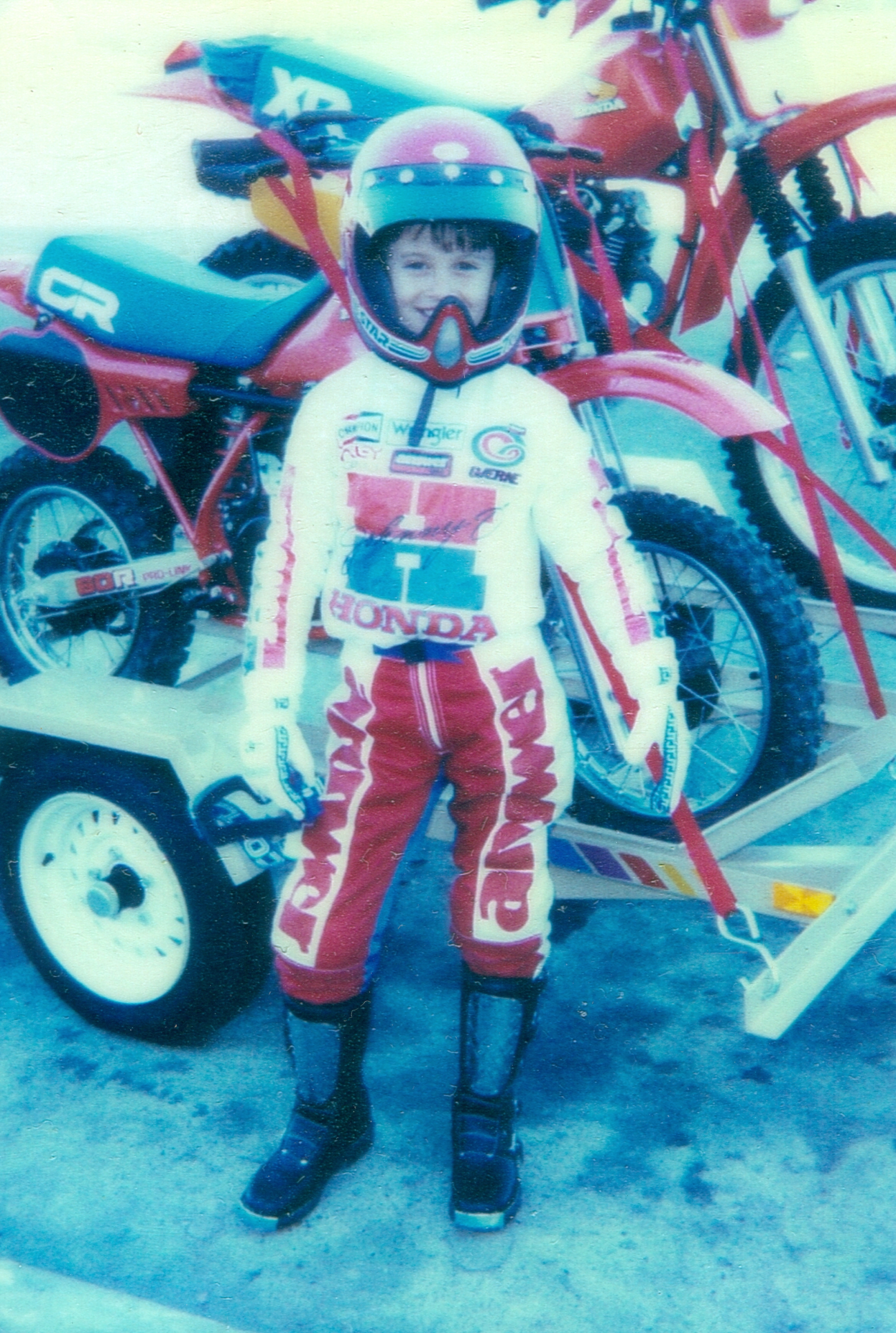