Kenny started playing table tennis when Eric was age 4. Eric frequently wanted to try and play but when given the racket he would try to smash the ball and completely miss it every time. When Kenny tried to persuade him to hit it slowly, Eric would not comply. So Kenny would take the racket away from him and told Eric to go watch his favorite movie, “Moon Raker” and Eric would go away crying saying “I want to play ping-pong”.

Since Eric raced motorcycles from age 5 it became somewhat of a worry for Kenny because of possible injury. When Eric was six years old he decided he wanted to learn to play ping pong. Kenny built a small table and started teaching Eric how to play and perform table tennis drills. 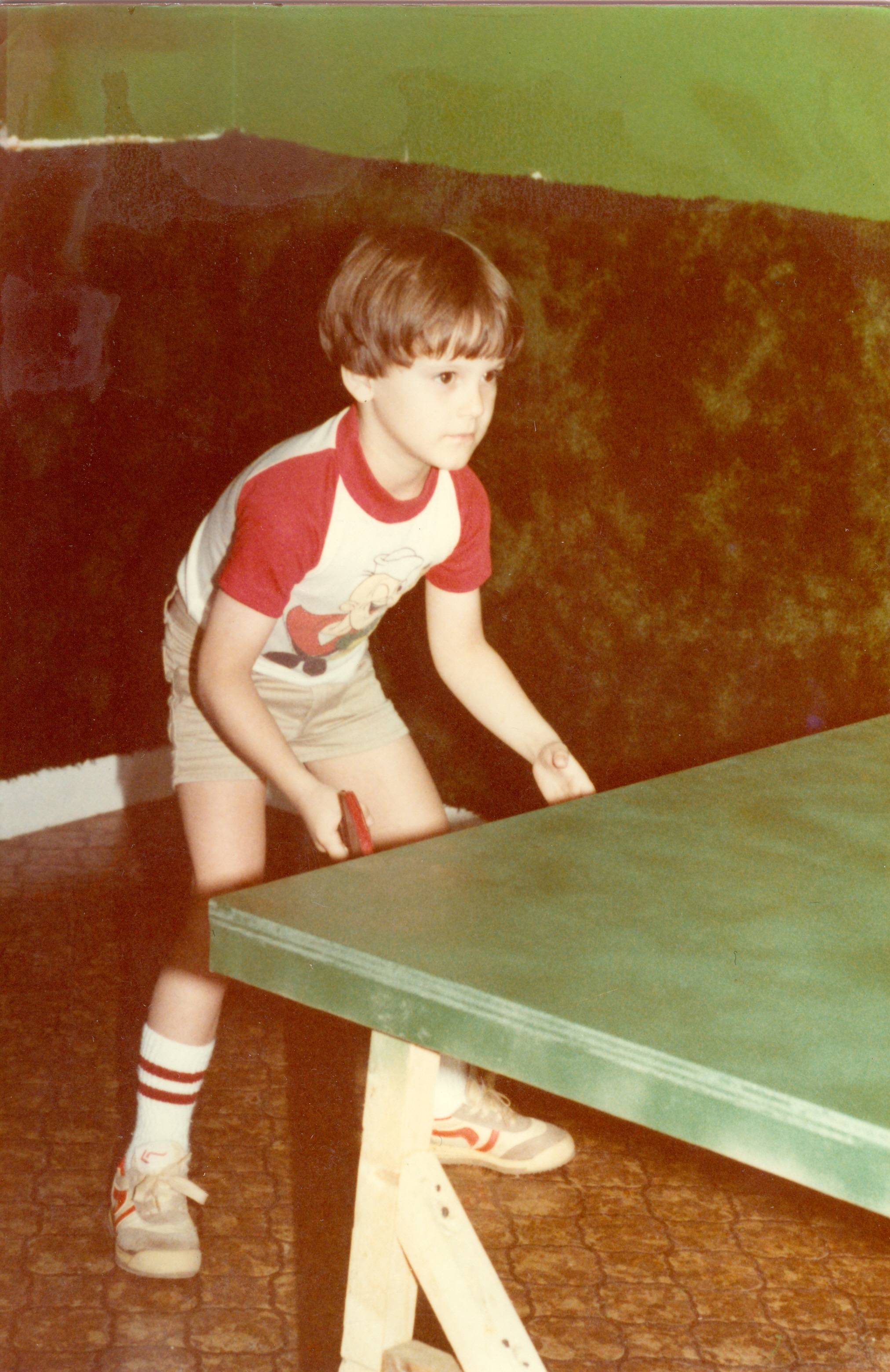 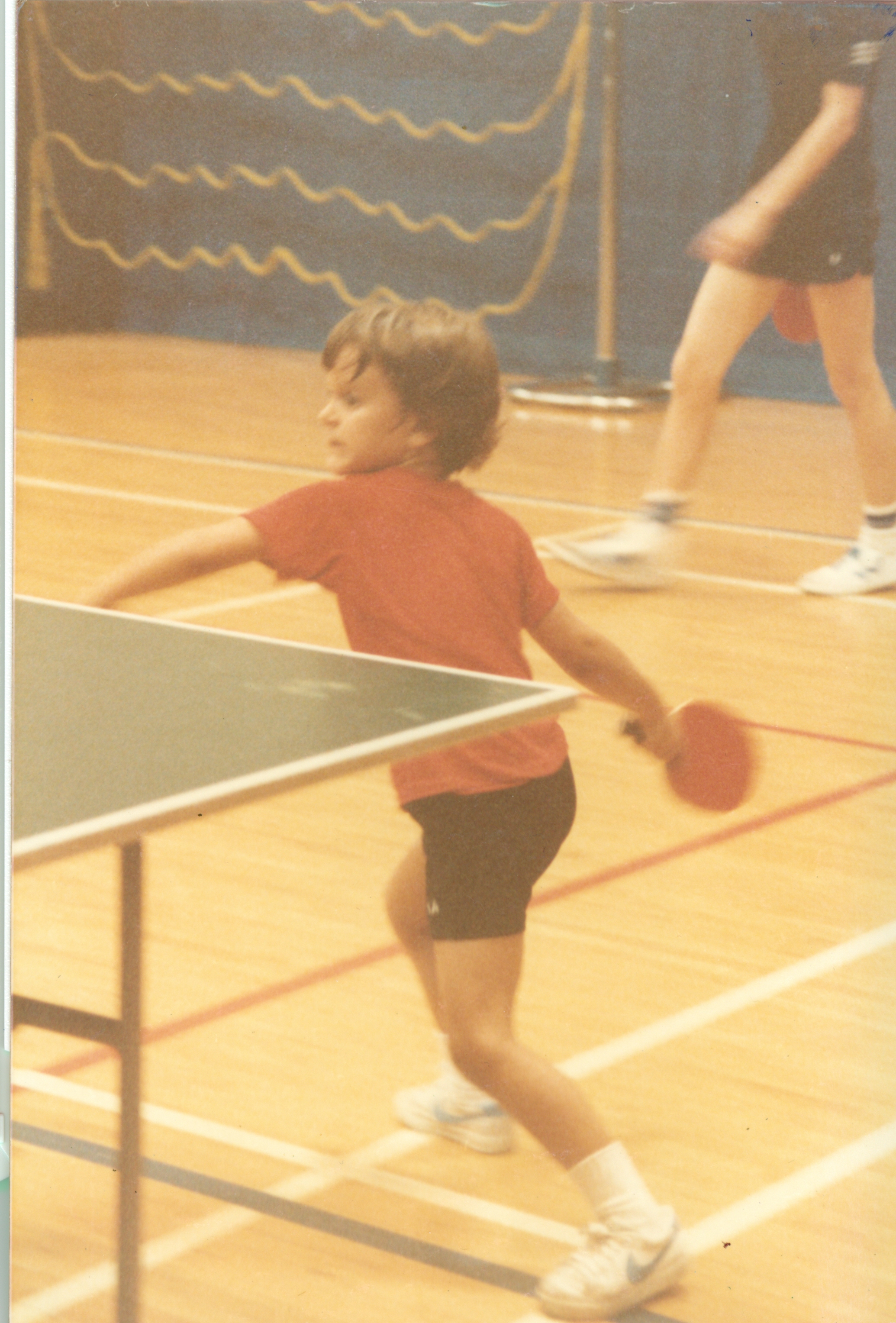 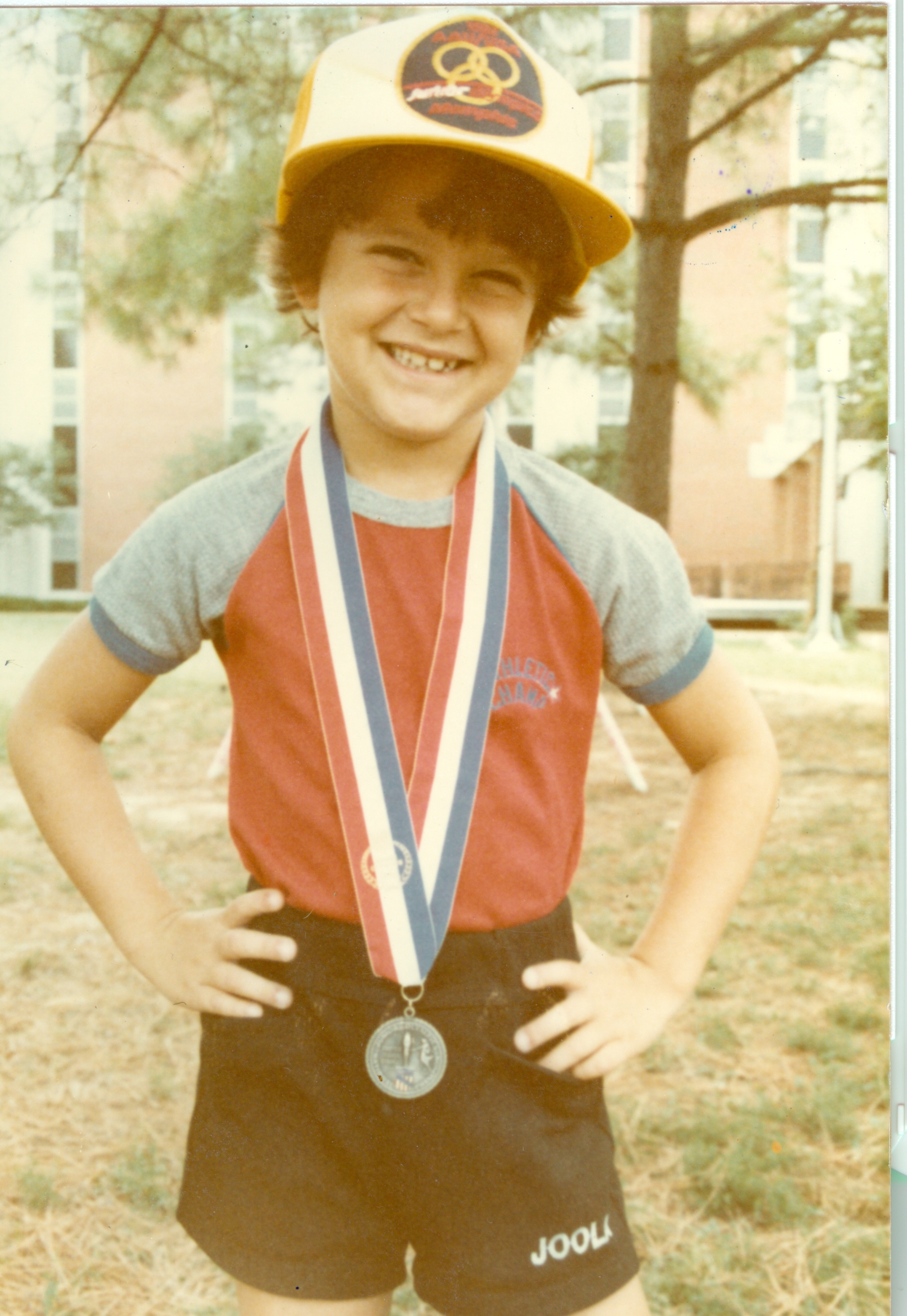 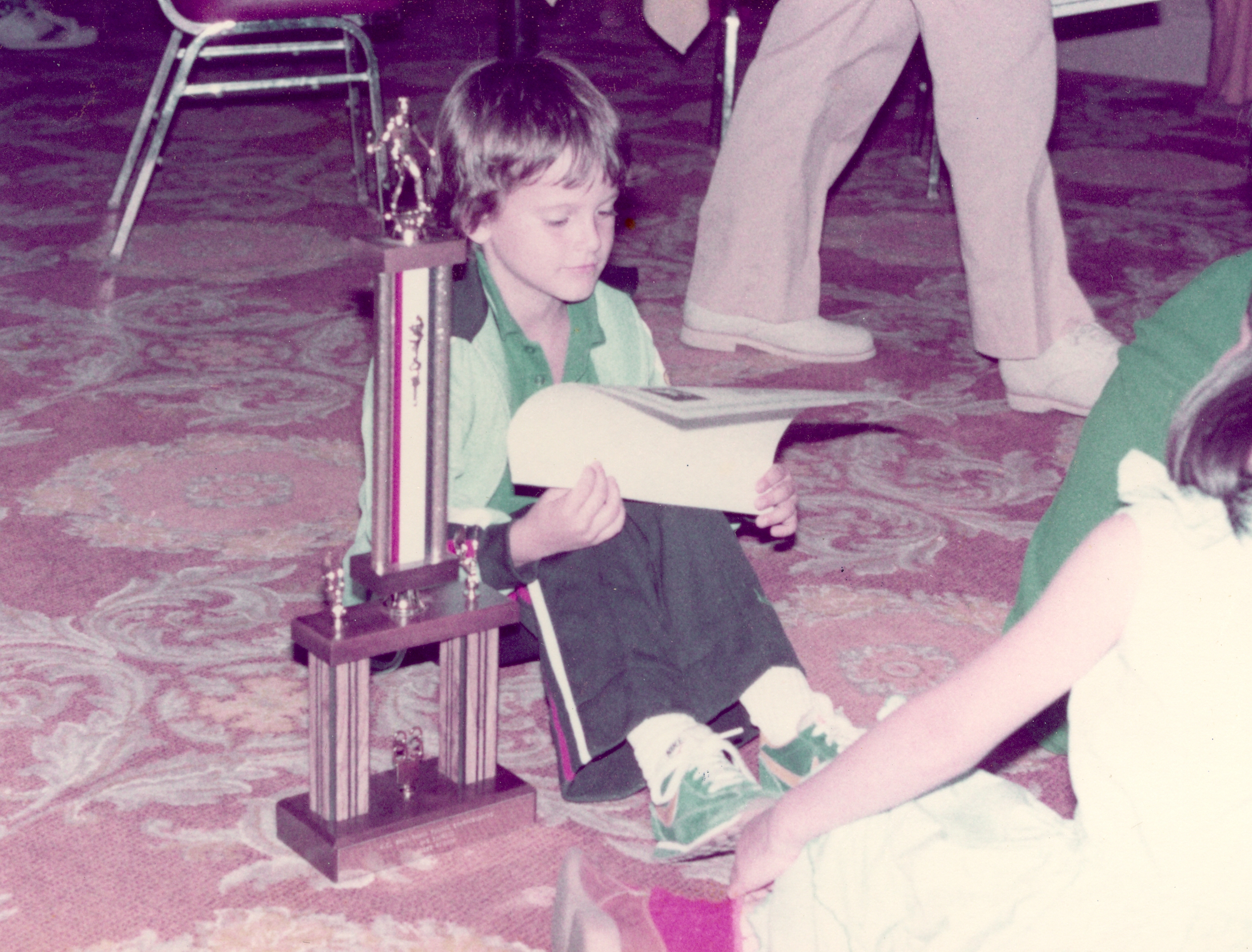 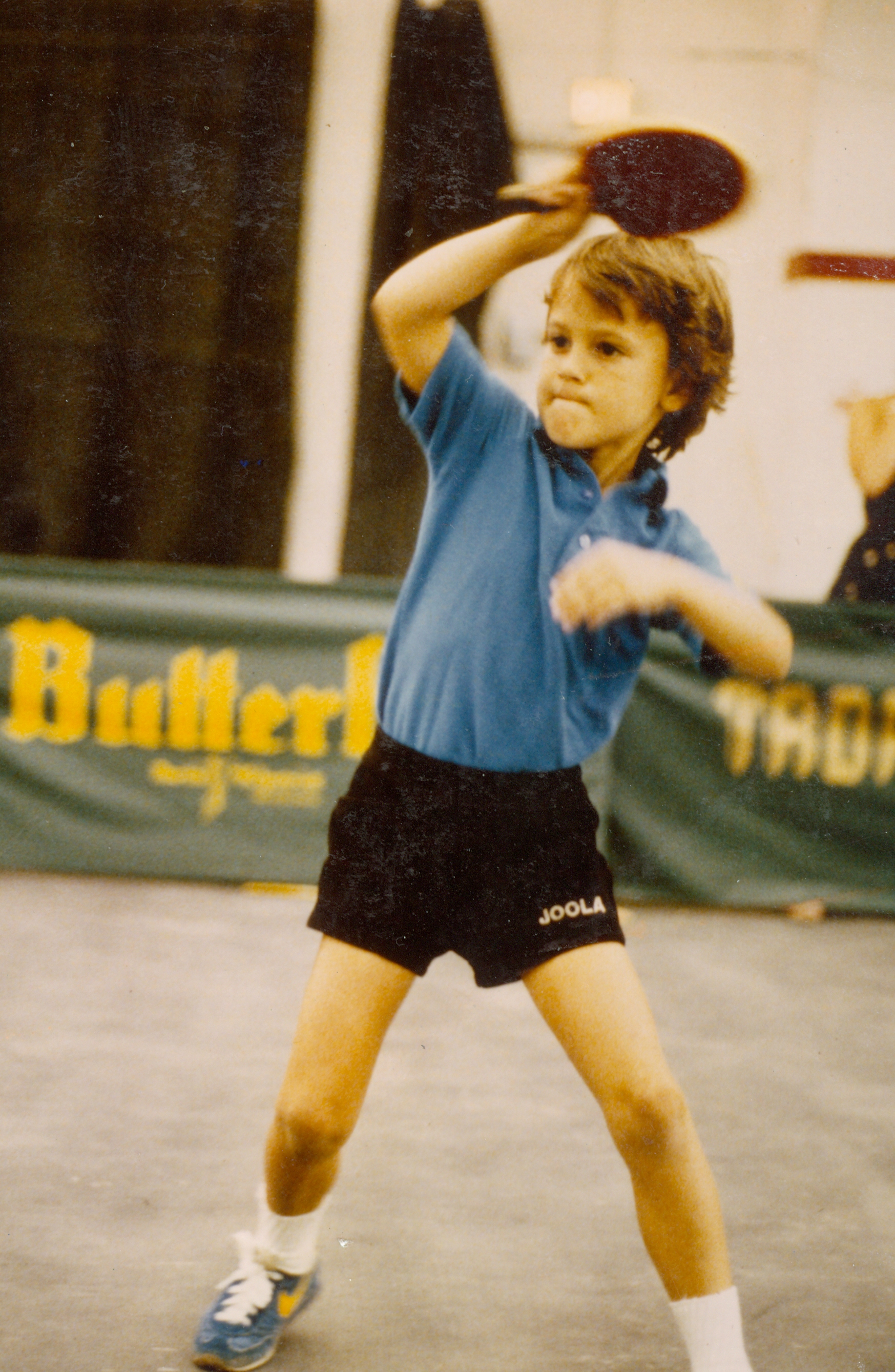 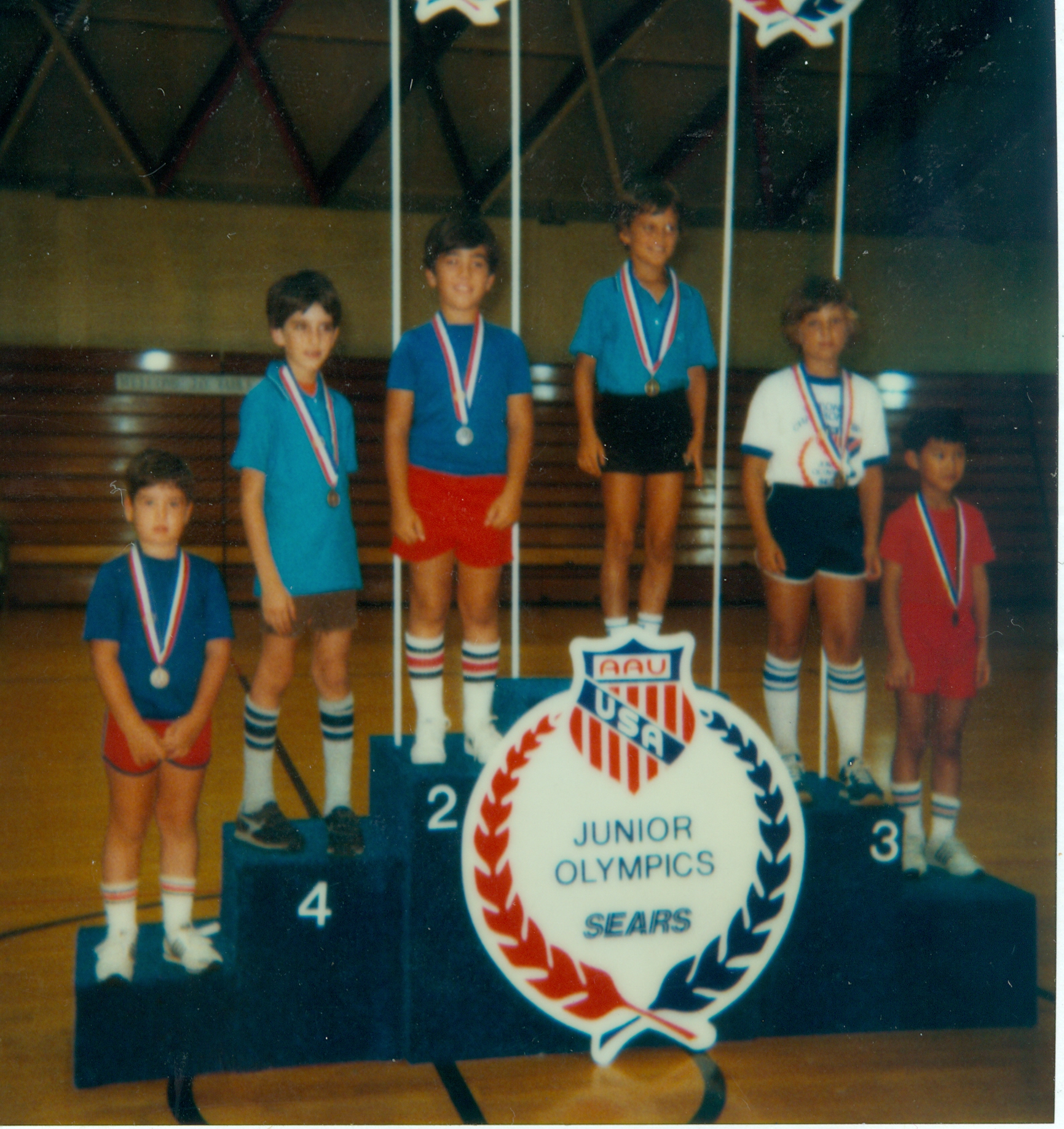 At age 8 Eric made rapid progress in table tennis where he again won the U.S. Nationals, the U.S. Open boys under 10 and Junior Olympics. Additionally, he entered the US team championships representing Texas with Texas Junior champ and runner-up where they won the H division. Eric also won the under 18’s in a Houston area Chinese table tennis tournament surprising all of the Chinese participants. He also had his first major when against a skilled adult player. 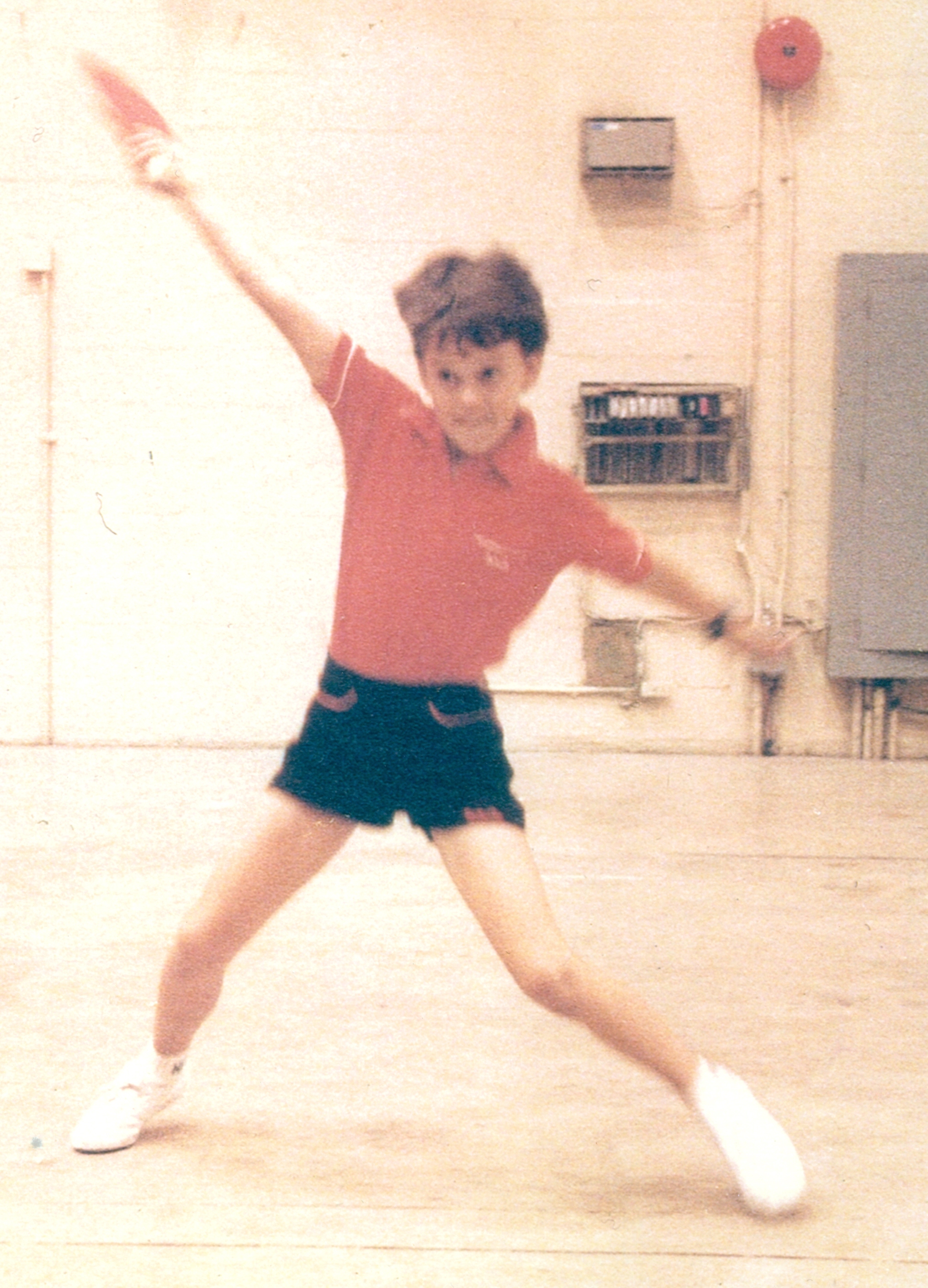 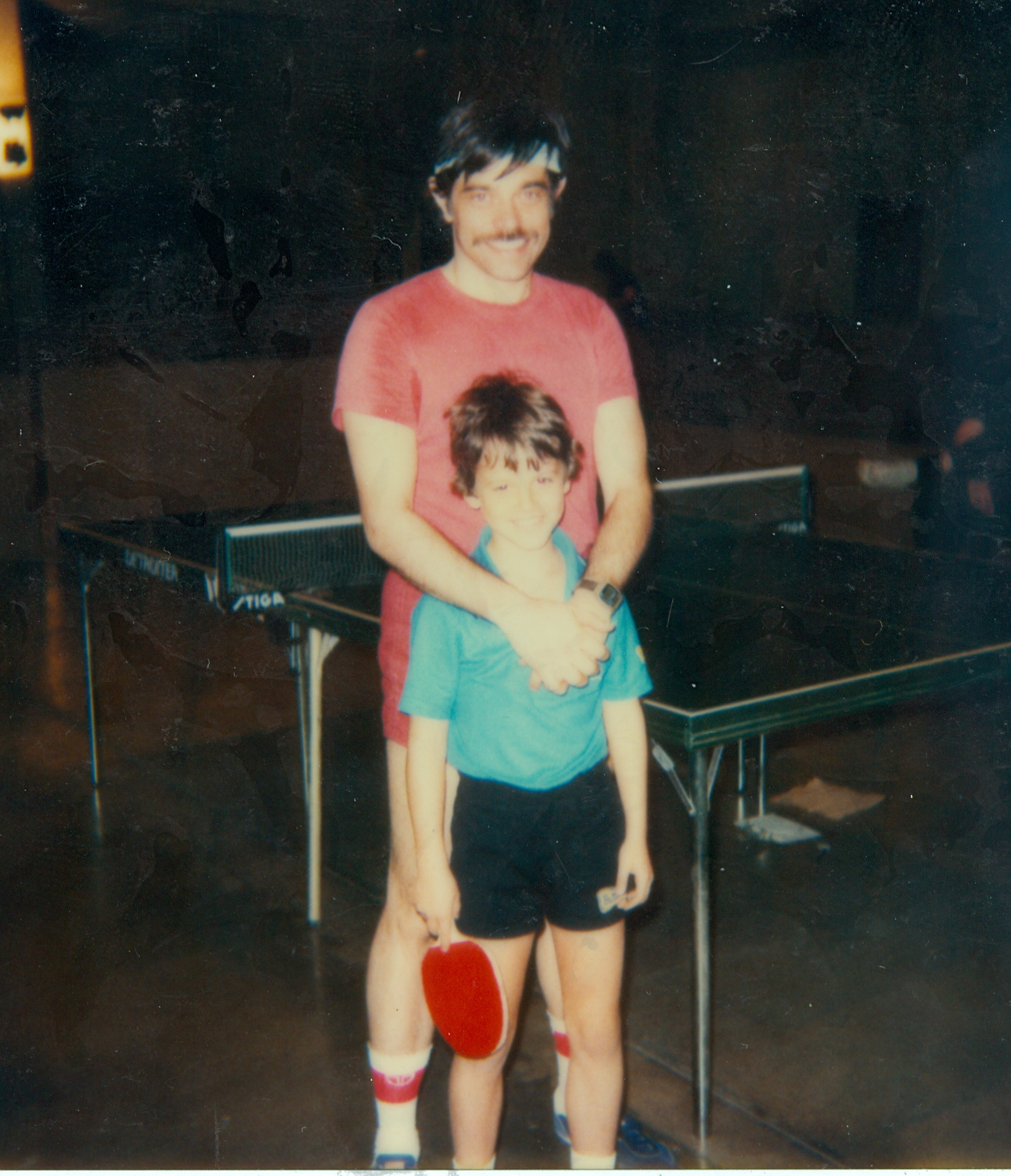 At age 9 Kenny took Eric to the world championships in Gothenburg Sweden. He would go around and meet some of the top players and hit with them in the practice hall. Photos here include European superstar Grubba from Poland, the great Klampar from Hungary, and the World Champion Jiang Jialiang. 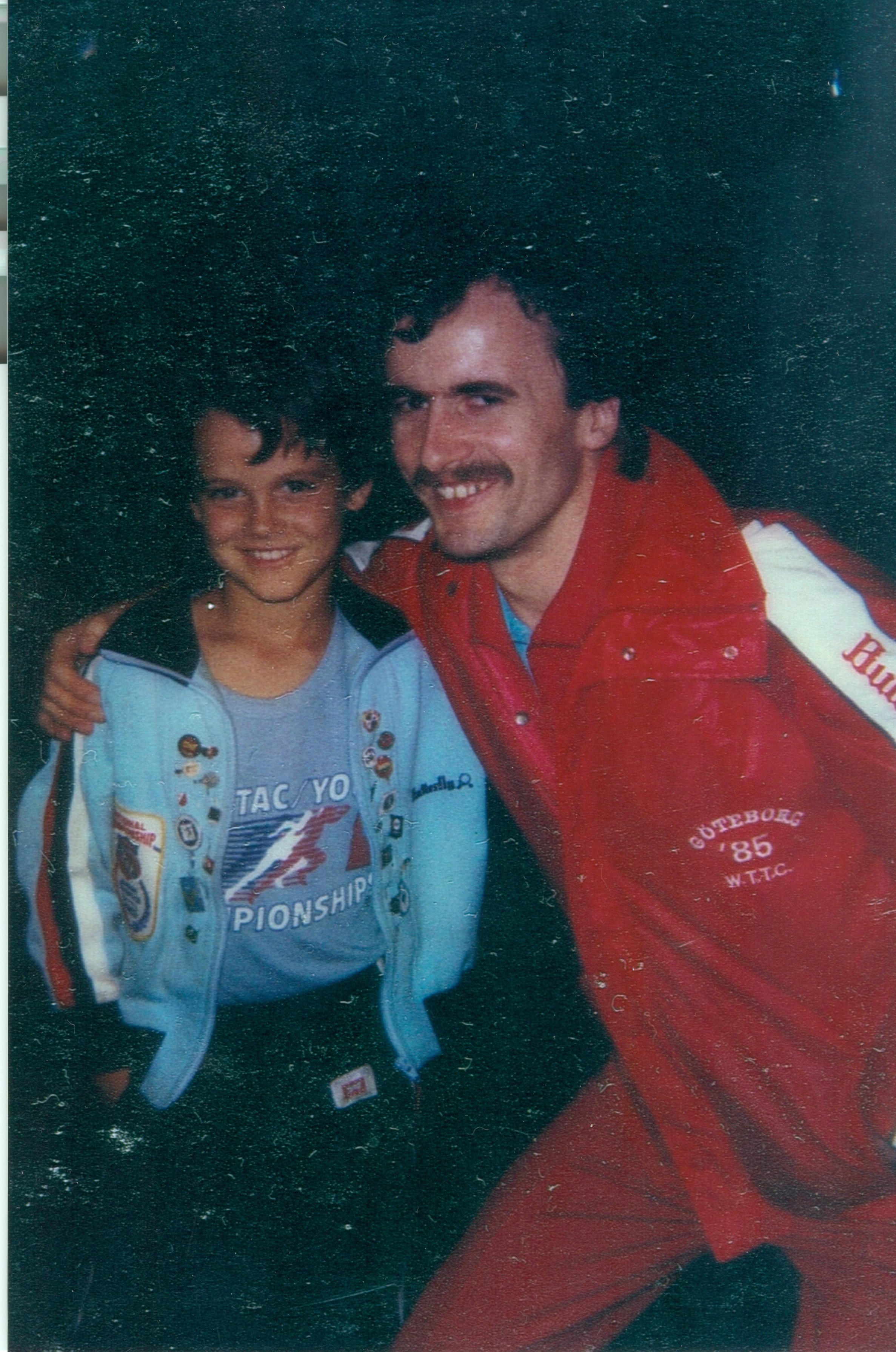 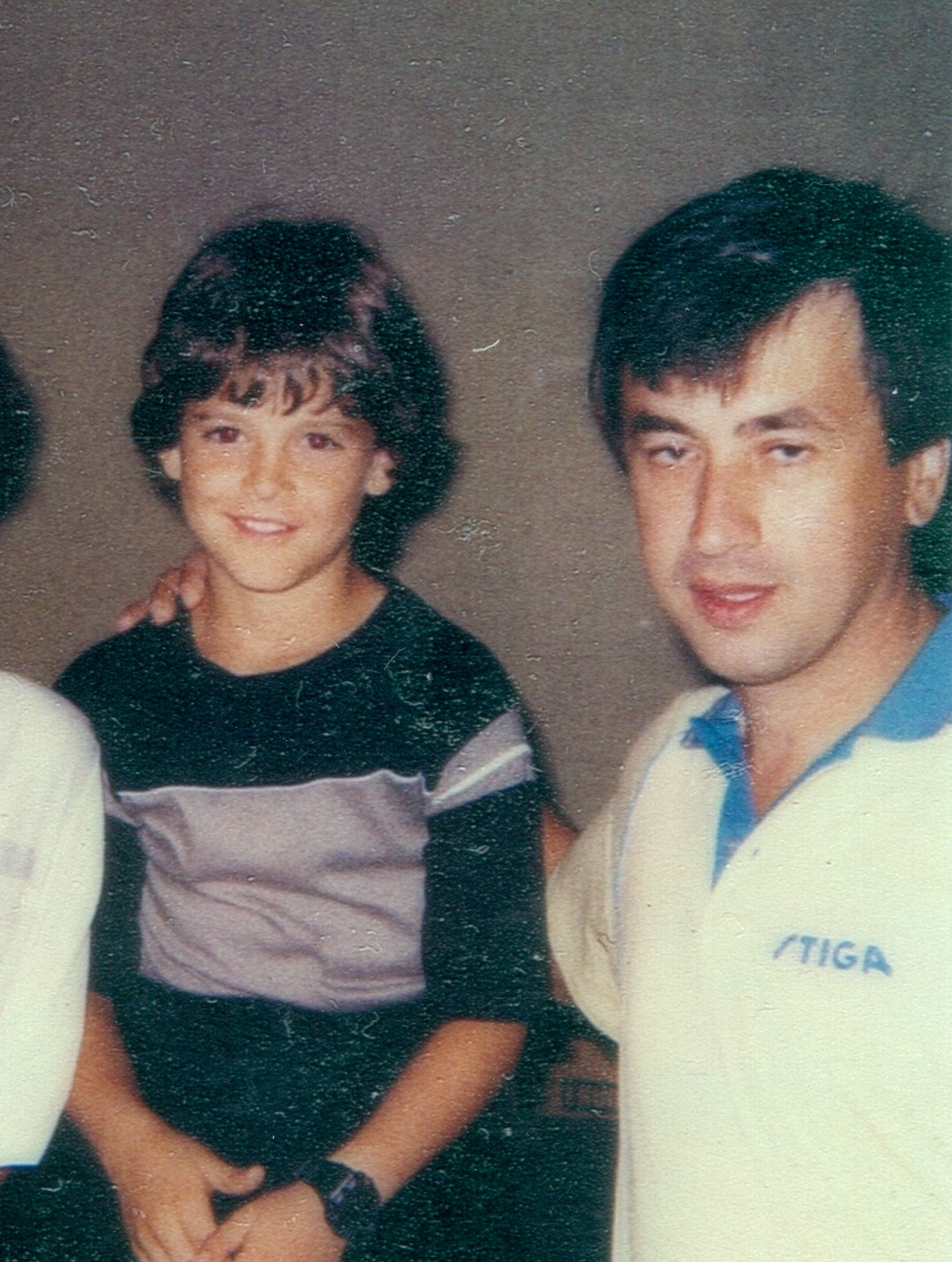 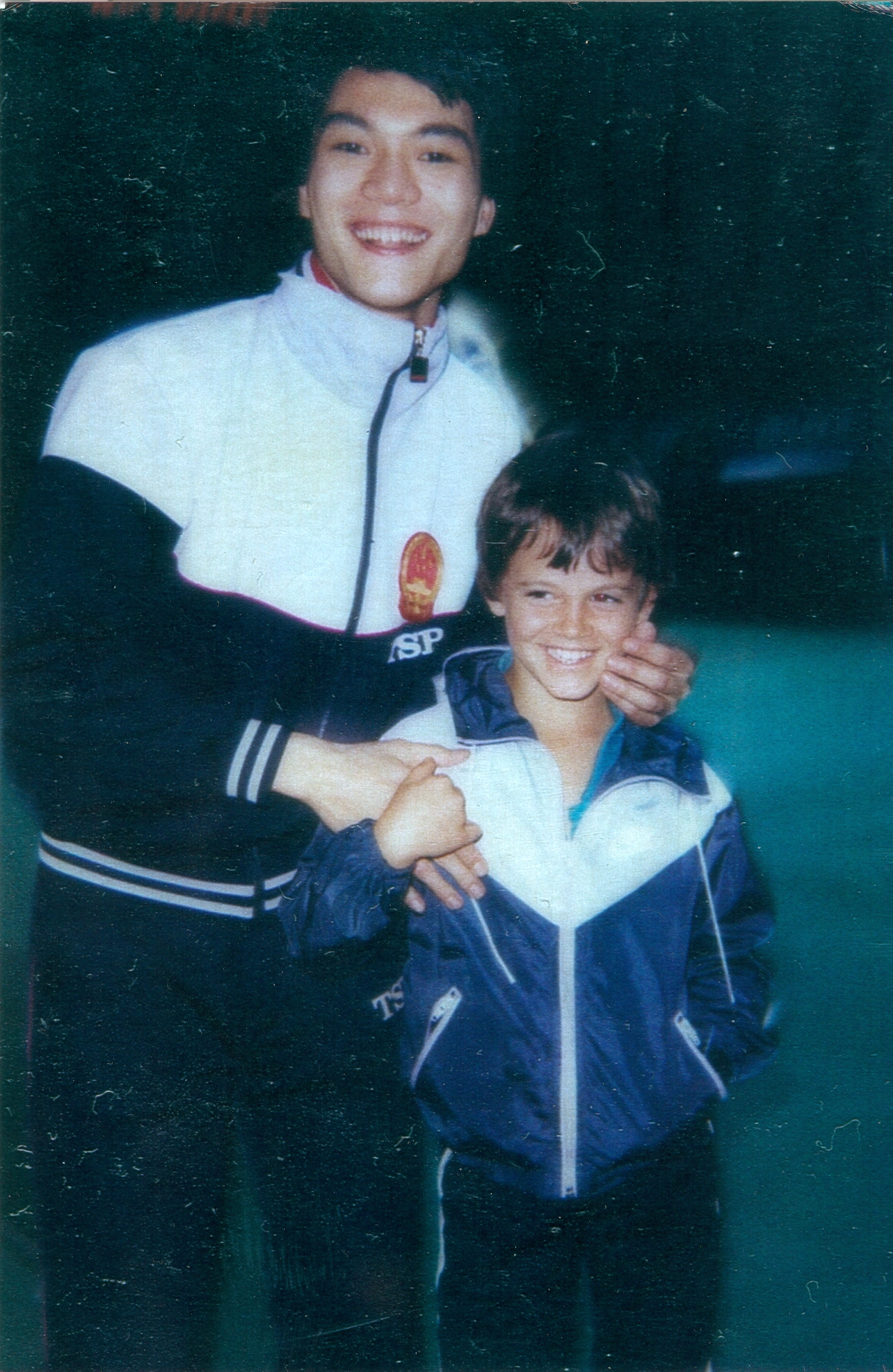